The Concept of the Rule of the Order 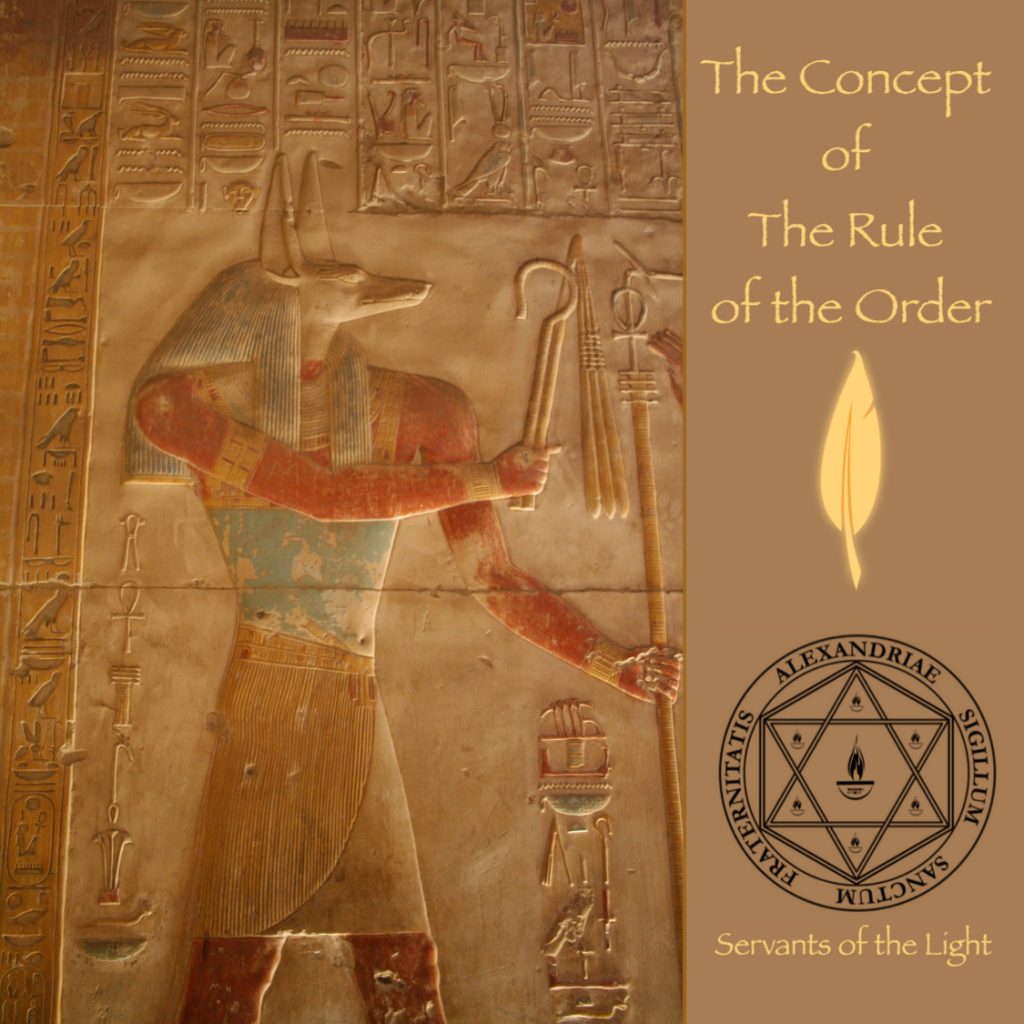 In the SOL we have student study groups and practical working groups that we traditionally call ‘Lodges’ in several countries.

As a long-established correspondence school, we also offer supervised teaching opportunities to our students as well as offering practical workshops that are led by the Director of Studies or teachers that are approved by him.

Recently, we introduced several new guidelines for group leaders, supervisors and workshop facilitators to observe and uphold. A few SOL members have questioned the need for a “Volunteer Code of Conduct”, “Complaints Process” or “Privacy Policy” in a Mystery School.

Such policies and processes are all about upholding ethical conduct and respecting healthy boundaries in relationships within the school between students, study group, lodge members or workshop attendees and leaders, supervisors, and teachers in the school.

In schools such as ours, the overall leader, in our case, the Director of Studies, should not be seen as an authority figure who must be deferred to and obeyed. Indeed, no supervisor, group leader or teacher of workshops is in a position of authority over others that is in any way ‘dictatorial’.

Groups that are led by a charismatic leader where their personal likes, dislikes, dietary preferences or political views are constantly featured as being relevant to the work are groups that can all too easily fall into functioning as personality cults. In such groups, the leader may advance students on the basis of favouritism and establish patterns of rewarding those who display sycophantic behaviour or who serve or please them personally in various ways.

The “Rule of the Order” is a powerful antidote against personality cults of any type becoming established in the context of the western esoteric tradition.

Dion Fortune described the Mystical Qabalah as “the yoga of the west” because it is a system that can practically assist awareness and the actualization of mystical union on many levels of experience. In our tradition, we do not teach using an eastern style “guru – chela” modality of learning.

We value taking personal responsibility for our actions and learning on the path and making free choices as individuals independently of any authority figures. We certainly do not encourage obedience to any human personalities.

W.E Butler wrote the following in his book: “Magic and the Qabalah” concerning the “Rule of the Order”. In the SOL this “rule” has traditionally been represented by the symbol of “the sword of the mysteries” in various ceremonies.

Where the Rule of the Order is upheld all the members of the school, including every leader or officer, subscribes to the rule and is ultimately judged by it. This is very important to understand in the work of a school such as ours. However, it is also as simple as the idea behind a work contract wherein you agree to fulfill specific duties and responsibilities and if you don’t then you have broken your contract and may have lost the right to continue to work in a specific role.

“…true esoteric teachers do not desire any slavish obedience from their followers, they do require that the aspirant should ” obey the rule”. Here we come to something which will be familiar to those of my readers who have any knowledge of the monastic orders in the Christian church.

The communities of monks or nuns live and work “under obedience”, and many Protestant critics of the system seem to imagine that the members of these communities vow implicit obedience to the head of the particular monastery or convent in which they happen to be. This is not true. Obviously, there must be a system of discipline, no community can be run without some form of control, but the obedience which is demanded of the novice when taking his final vows is obedience to the “Rule of the Order”, and by this Rule all the community, from the highest to the lowest, are bound.

If we take one of the orders, the Benedictines, as an example, we find that the whole life of the community is regulated by the Rule which was first laid down by the founder of the Order, St Benedict, and this rule is administered by a willing collaboration between all the brethren. Any arbitrary action by the head of the community can be challenged without fear by any brother who feels that in this instance the Rule was not being obeyed.

So in the esoteric schools, the true obedience is given to the Rule of the Order which is behind the outer school. For the esoteric schools are pendant from the great orders which exist behind the scenes. Some may think that this makes membership of an esoteric school still more doubtful than they had already thought, but as the Order Rule is always taught, and can thus be compared with the general moral and ethical outlooks, the individual is always in a position to judge its validity, as far as his own capacity permits.”

W.E. Butler here refers to inner orders that work with the various schools. The inner teacher of the SOL has often been referred to using the title: “The Opener of the Ways”. It should be remembered that even the inner teacher of the school subscribes to the “Rule of the Order” as it is expressed and upheld on the inner levels and is in no way a figure who should be idolized or followed blindly. This is why we are taught from the beginning of our training that the first virtues of the path are discretion and discrimination.

Followers of esoteric disciplines can all too often make inner guides and “contacts” into scapegoats onto which they project all sorts of illusionary perceptions rooted in their own misunderstandings or needs.

In our school’s history, there have been instances where teachers or leaders have abused their position by manipulating or exploiting students in various ways and we are taking steps to ensure that as we move forward in our work that sound ethics and positive aims and ideals are upheld and that processes are in place where the Rule of the Order is clearly understood and is subscribed to and upheld by all.