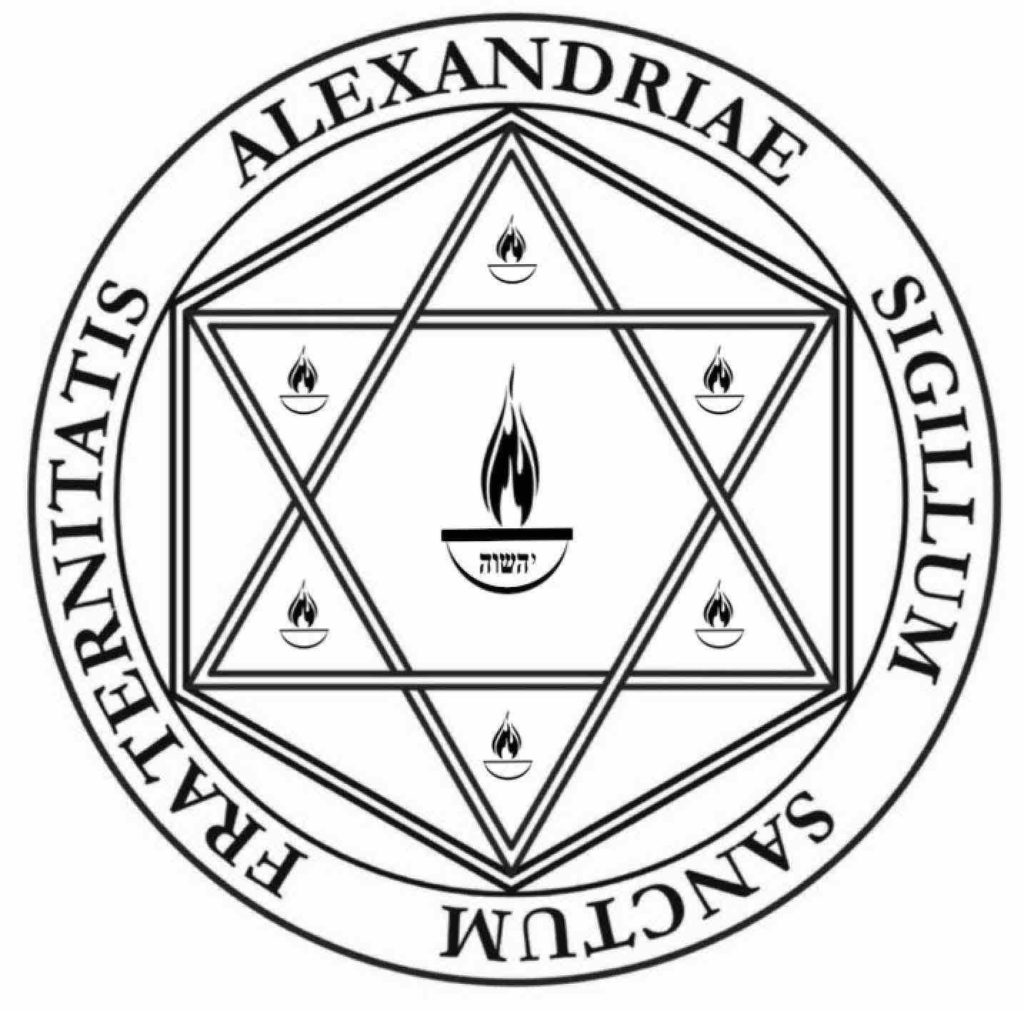 The above school sigil was created by the Director of Studies, Dr Steven Critchley, as a symbol of aspects of the next phase of the SOL’s work and teaching of the mysteries. In the school the symbols of the honey bee, the wheat sheaf and the eternal lamp have been used for many years. The familiar sigil with the bee in the centre, is still used by the school in some contexts and remains a registered trademark of the school.

The central flame represents The Light.

The Hebrew letters emblazoned on the lamp are:

This sequence of letters were used in the Hermetic Qabalah after the Renaissance and they represent the fire of spirit, the Hebrew letter Shin, suffused in the elements and through all the four worlds of the Qabalah. Indeed, The Adam Kadmon – the totality of the cosmic and prototype human form divine is considered to be a fifth world in Qabalistic teaching.

Sometimes alchemical or Neo-Pagan elemental attributions associated with the ‘levels of being’ are confused with the Qabalistic system so the sequence earth, water, air and fire is used. However,  this is not correct when projected onto the Four Worlds of the Qabalah and leads to difficulties in understanding Qabalistic teaching on many levels.

If one attributes the element of “air” to the world of Briah imagining the eagle soaring in the clouds then the image is misleading because “water” is properly assigned to Briah in Qabalah (think of the waters above the firmament referred to in Genesis) and of course the eagle is one of the symbols of Scorpio (fixed water) in its higher aspect along with the scorpion and serpent (and some attribute the phoenix too).

Of course, different systems may be adopted in study but it is important not to mix them in a way that leads to confusion.

The letters are sometimes represented in this form: YHShVH

This combination is not the personal name ישוע  (Yeshua) that is transliterated into Latin and English as “Jesus.” Rather, it is a Qabalistic representation of the oneness of all worlds and the Presence of the Divine that is in and through all worlds within worlds.

The Name, and its permutations, has long been associated with healing as it represents harmonic balance that is the key to all rebalance. It is in this Light, that some may call the Cosmic Christ or even the Horus Child, that we work.

The mystical Qabalah, as taught by Dion Fortune, W.E. Butler and Dolores Ashcroft Nowicki in our historical ‘stream’ is a syncretic tradition in many ways that values philosophical, religious and cultural pluralism.

The Name YHShVH is not from the early, purely Hebraic, Kabbalah but is part of the later Christian Hermetic Qabalah that synthesises many influences from the Western Esoteric Tradition including Rosicrucianism. The name features in the Hermetic Order of the Golden Dawn’s Rose Cross Ritual. It is a living symbol rather than a personal name and should be worked with as such.

When symbols are interpreted dogmatically or literally then many misunderstandings can occur. We use the Name YHShVH in the light of our school’s traditional understanding and many of our students will remember performing the Rose Cross Ritual and using the name YHShVH in the earlier part of the Butler Course.

We are a school that values all religious paths and philosophies that are beneficial to human progress and evolution serving what we call “the Light.” We are not a Christian or a Pagan School rather we teach the Qabalah as a kind of mystical language through which students can explore many traditions as well as developing their own unique Qabalah as each is called upon to build their own system based on what they receive and build with as initiates.

History and Meanings of the sigil with the bee at the centre.

Our school sigil has been a symbol of our work for decades, since the time when the Servants of the Light School evolved from the Helios Practical Course on the Mystical Qabalah in the early 1970s. 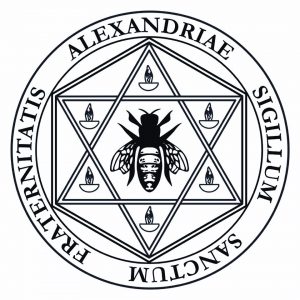 The hexagram is used in several mystical and esoteric systems, in its various forms.

Here are a few reflections concerning some, but not all, of the meanings that are associated with our school sigil and its practical use in the school.

The central figure of the bee in our sigil is a symbol of how the individual can be of service to the whole and it is a reminder of the intention that is central to opening the door to all the teachings we represent and share: “I want to know in order to serve.”

You will notice in the sigil that there is a hexagon within a hexagon in the encircled hexagram. Other geometric configurations and triangulations may also be discerned and indicate, as all sacred geometry does, the complexity of relationships and various harmonics that exist connecting inner and outer patterns of existence.

Our school sigil and the words Sigilum Sanctum Alexandriae Fraternitatis (The Sacred Sigil of the Alexandrian Fraternity) and the name “Servants of the Light” are a registered trademarks.

This was done to ensure that the symbol is only used to authorise the genuine work of the School and its Director of Studies.

It might seem strange that a mystery school should need to legally register one of its magical sigils as a trademark. However, legally protecting our identity and the authenticity of school teachings and copyright is a necessity that the SOL takes seriously as part of our work.

Our school sigils and the name “Servants of the Light” cannot be used outside of the context of our work and they must be used with the permission of the Director of Studies.